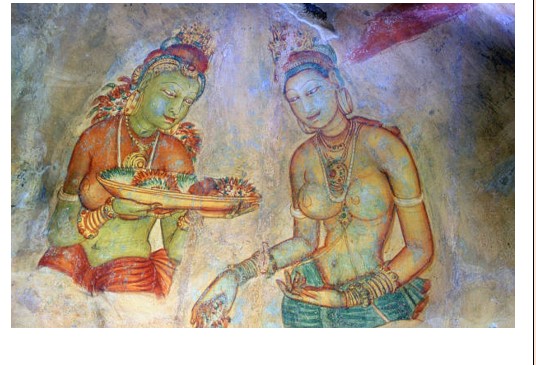 Video produced by me 20 years ago, with Arun Dias Bandaranaike as narrator and scriptwriter.

Most enjoyable trip. I hired a helicopter from the Airforce for the US $ 310.00 for 15 minutes flying over the Sigirya Rock. The pilot said that he is not allowed to fly over the rock, so I had to capture video shots flying at a distance from the rock.

To hire the helicopter, we drove all the way to Hingurakgoda, the three of us-Arun, Irangani and myself.

We were given a three-seater helicopter, Arun was sitting in front with the pilot well enclosed and comfortable, while I sat at the back seat open on both sides.

I was strapped across my belly with an old shaky seat belt, and I felt that it would break any moment whilst twisting my body to capture footage for the video.

The wind was so strong, I felt that I would be blown off, and when I look down what do I see the foliage of the thick jungle, and I imagined that if my seat belt snatched, I would be down there, and the pilot and Arun would not be aware that I have disappeared, because even if I shout they would not hear me.

Most frightening adventure for me. Never again.

Kashyapa I, also known as Kasyapa I, was a king of Sri Lanka,

who ruled the country from 473 to 495 CE. He was the second king of the royal Mauryan dynasty of Sri Lanka. Kashyapa is credited with the construction of the Sigiriya citadel and the surrounding city.

Is chronic inflammation the cause of coronary heart disease?-by Dr harold Gunatillake