Is chronic inflammation the cause of coronary heart disease?-by Dr harold Gunatillake
Advertisement 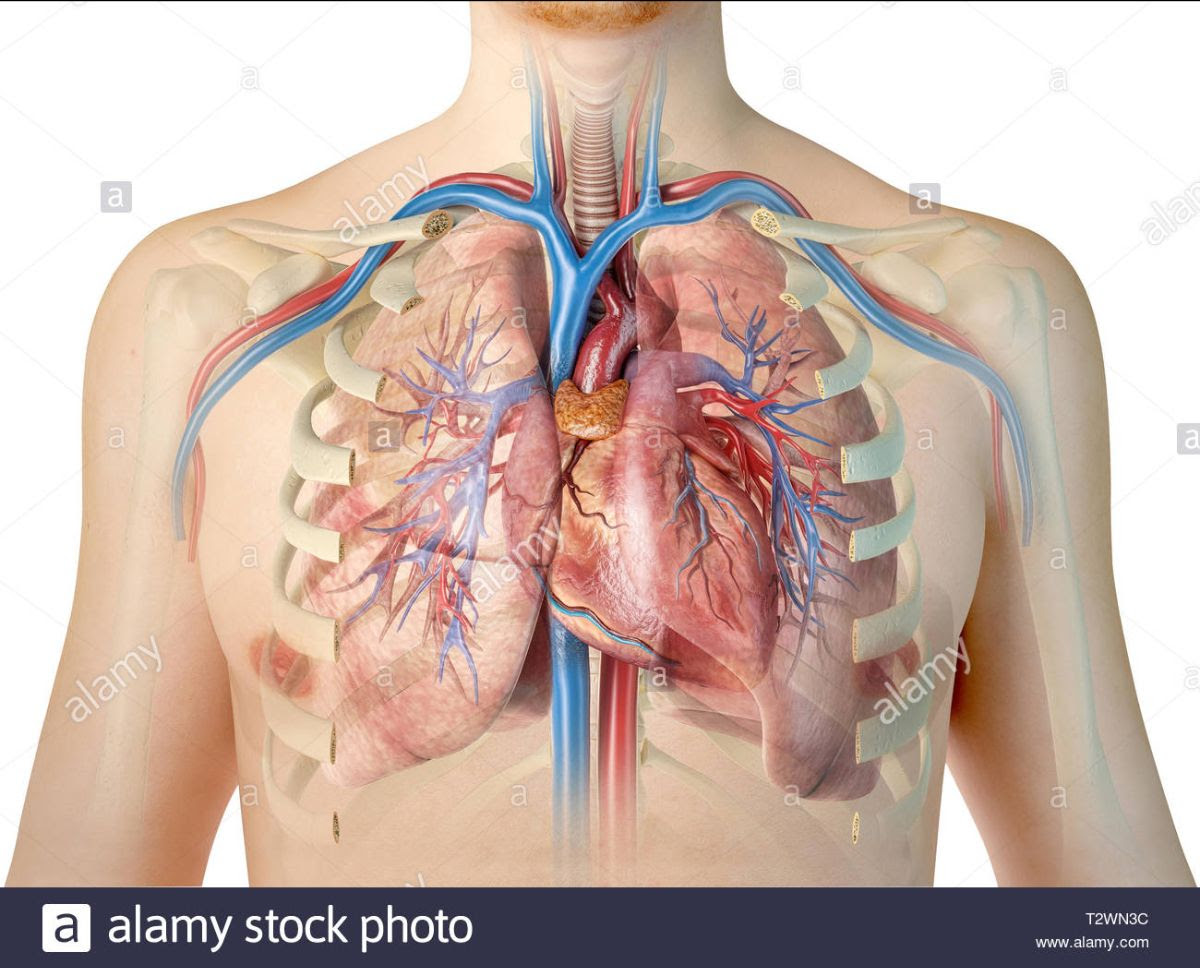 it by far the world’s biggest killer. Despite falling rates of heart disease, tackling it is still a stubborn challenge.

“Research is revealing what causes the heart to malfunction – and how to stop that from happening”.

The incidence of many heart conditions in wealthy countries is declining. In the United Kingdom, for example, the rates of ischemic heart disease (IHD), myocardial infarction and heart failure have decreased since 2005. The incidence of atrial fibrillation has increased, probably because of an ageing population.

Death rates for coronary heart disease (CHD) in the UK have halved since 1980, but CHD is still the commonest cause of death. The decrease since 1980 maybe because fewer people now get CHD in the first place, or because more people survive after experiencing CHD, or both.

What is the reason for the 50% decline in heart disease over the past 30 years in the United States?

Models have shown that this remarkable decline of heart disease in the US has been fueled by rapid progress in both prevention and treatment, including precipitous declines in cigarette smoking, improvements in hypertension treatment and control, widespread use of statins to lower circulating cholesterol levels.

When you classify modern diseases, one could think of them as congenital, inflammatory, degenerative, neoplastic, auto-immune, etc.

Today we encompass them as chronic inflammatory diseases excluding the genetic ones.

Science has proven that chronic low-grade inflammatory diseases are silent killers that contribute to cardiovascular diseases, cancer, type 2 diabetes, and they are all modern-day lifestyle diseases acquired to live with, resulting in high morbidity and mortality.

How can we fight back and live a healthy meaningful and less stressful lifestyle? This talk is all about that. That is to fight back inflammation.

Heart disease is considered today as an inflammatory disease, and cholesterol is not directly related. That is the accepted theory today. It was thought that coronary artery plaques were caused by high cholesterol levels in your blood, and doctors prescribed statins to lower your blood cholesterol level. Researchers now claim that inflammation is the cause of plaque formation in your arteries, leading to blockage and heart attacks and the management need to target that.

Both blood pressure and high cholesterol, diabetes among others, are major risk factors for heart disease and inflammation seems to play a key role, that causing them.

In 2008, the JUPITER study found that for older adults who did not have elevated blood cholesterol but who did have elevated blood levels of inflammatory markers, detected by performing C reactive Protein test or CRP, treatment with cholesterol-lowering statin drugs reduced the number of heart attacks and strokes. But it wasn’t clear whether that was because statins reduced inflammation or because they further lowered bad cholesterol since they do both.

We now know that statins have the function of being an anti-inflammatory drug, and as such will be beneficial to preventing inflammation, even though your cholesterol level is at a normal range.

Do statins considered as an anti-inflammatory drug, does it do through lowering of blood cholesterol, or due to something else is being debated.

The advent of statins — medication that lowers LDL by inhibiting a cholesterol-producing enzyme in the liver — reinforced the view that LDL cholesterol has a substantial role in heart disease. In the early 1990s, the Scandinavian Simvastatin Survival Study showed that statin simvastatin was effective at lowering LDL cholesterol and reducing the risk of a heart attack. Since then, numerous randomized clinical trials have shown that statins reduce heart attacks, strokes, and death.

A review in 2016 concluded that, for every 10,000 people with vascular disease, a daily statin would prevent 1,000 heart attacks, strokes and coronary artery bypasses. “For people to doubt that statins save lives in high-risk people seems to be just extraordinary in the light of the very strong evidence,” says Armitage, an epidemiologist at the University of Oxford, UK.

There are risk factors that can lead to inflammation such as smoking, high blood pressure, LDL cholesterol and blood sugar levels.

Models have shown that this remarkable decline in CHD, has been fueled by rapid progress in both prevention and treatment, including precipitous declines in cigarette smoking, improvements in hypertension treatment and control, widespread use of statins to lower circulating cholesterol levels, and the development and timely use of thrombolysis and stents in acute coronary syndrome to limit or prevent infarction.

The link between LDL and heart disease is indisputable, says Jane Armitage, an epidemiologist at the University of Oxford, UK. As evidence, she points to studies of people with familial hypercholesterolemia — a condition that arises from a mutation in the gene encoding the LDL receptor protein. This protein usually removes LDL cholesterol from the blood, but in people with the condition, it is faulty. As a result, people with familial hypercholesterolemia have abnormally high levels of LDL cholesterol and, if left untreated, are up to 13 times more likely to develop coronary heart disease than someone without the mutation.

It was found that middle-aged men with high levels of an inflammatory marker known as C-reactive protein (CRP) produced in their liver, were at risk of heart attack and stroke, regardless of their blood cholesterol level.

Could eating a high-fat diet be a risk factor for inflammation?

Shortly after the end of the Second World War, many affluent classes of people in the US. had much higher rates of coronary heart disease than did people in post-war Europe.

In developing countries like Sri Lanka, heart disease was unknown during or after the war. The commonest fatal disease in Sri Lanka postwar was double pneumonia and only Sulphur drugs were available to combat the infections of the lungs, and those hospitalized for the disease never came home.

Ancel Keys a physiologist investigated the cause of the high incidence of heart disease in the fifties, and he correlated it to high-fat diets. Keys presented his diet-heart hypothesis with gusto at a World Health Organization meeting in 1955.

.But not everybody agreed. Uffe Ravnskov, a Danish independent researcher based in Lund, Sweden, dismissed the relationship between dietary fats, cholesterol, and coronary heart disease, calling it “the greatest medical scandal in modern time”. Critics such as Ravnskov say data points in Keys’ Seven Countries Study were cherry-picked to fit the conclusion. For instance, Keys did not include data from France, where the occurrence of heart disease was comparatively low at the time despite the nation’s high-fat diet.

So, the findings are that there is more to a healthy-heart diet than cholesterol, as the adage goes,” you are what you eat”.

If you eat the right foods, you may be able to ward off some inflammation for the long haul.

Their main sources of health-driven properties are anthocyanins, which can go through your body and turn off certain genes that cause inflammation and problems with your immune system. They also have a ton of vitamin C, which doesn’t hurt in the fight against chronic pain and ailments

Hope this presentation was useful. Stay safe and goodbye for now.

The information contained in this article is for general information purposes only, and whilst the author will endeavour to keep the information up to date and correct, eLanka makes no representations or warranties of any kind, express or implied, about the completeness, accuracy, reliability, suitability or availability with respect to the eLanka website or the information, products, services, or related graphics contained in this article for any purpose. Any reliance you place on such information is therefore strictly at your own risk. In otherwords, eLanka In no event will we be liable for any loss or damage including without limitation, indirect or consequential loss or damage, or any loss or damage whatsoever arising from loss of data or profits arising out of, or in connection with, the use of this website / article. Also please note that through this website / web page articles you are able to link to other websites which are not under the control of eLanka and therefore we have no control over the nature, content and availability of those sites. The inclusion of any links does not necessarily imply a recommendation or endorse the views expressed within them.