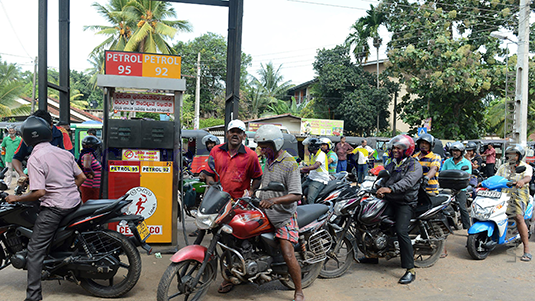 ECONOMYNEXT – India has extended its fuel credit line to Sri Lanka by another 200 million US dollars which will enable the island nation to import another four fuel shipments while another 500 million US dollar credit line is also under discussion, the Power and Energy Minister Kanchana Wijesekera said on Monday.

“We have used 400 million dollars out of the 500 million dollar credit line in March and April. So we have another 100 million US dollars to buy two fuel shipments,” the minister told a media briefing on Monday (02)

“India has already given an additional $200 million which will be used for another 4 shipments. Apart from this we are also in discussion with India for another 500 million US dollar credit line, but this is not finalized yet.”

Sri Lanka is facing an acute fuel shortage which also has led to an extended power cuts due to lack of dollars to buy essentials including medicines, cooking gas, and milk powder.

Sri Lanka discussed fuel credit lines with many countries including Oman, but only India agreed for such deal. (Colombo/May02/2022)