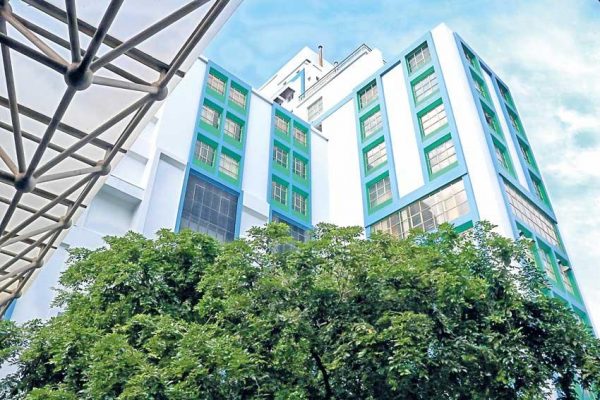 I am delighted to pen a few words about Prof. C.C De Silva, a great medical luminary, to pay tribute on his birthday which fell on February 25. He was a Colossus in the field of Paediatrics in that era. The admiration and respect he won from his Students Population and the Society at large in Colombo and in fact all over Sri Lanka was amazing. He not only gathered fame in this country, but was well recognised as a researcher in Paediatrics in many other parts of the world.

I did not have the fortune to be under his tutelage, but from all that I have heard from -people who are seniors in the Medical Profession- he left an indelible mark in the annals of the history of medicine in Sri Lanka. For me, now as a Senior Family Physician, it is a pride and honour to state that Prof. C C started his medical career as a General Practitioner (GP). for a few years, before he stepped into the field of Paediatrics. This clearly shows how important it is to realise the strong links between General Practice and Paediatrics.

He was a dear friend of my late father – Dr. A D P A Wijegoonewardene, a respected G.P. in the years gone by and as professional colleagues they struck a similar chord in the primary care private sector and the secondary level of care in Govt. Sector, in managing many medical problems.

I remember as a young school student when my late father became President of the SLMA and the Paediatric Association of Ceylon in 1962 and 1963. He was very much supportive and guided by this great gentle giant in Paediatrics.

Prof. C.C was the founder Chairman of Durdans Hospital, a famous private sector hospital and there again my late father was associated with him in the Directorate. “He was appointed as the Founder Professor of Paediatrics in 1949 at the University of Colombo, Professor C.C, a visionary academic and a charismatic teacher, laid the foundation for the development of Paediatrics as an academic discipline separate from adult medicine” (Snippets from the past – a publication of the Sri Lanka College of Paediatricians 1996 – 2021 on their Silver Jubilee celebration)

Prof. C.C had travelled to many parts of the world, and he inspired younger Paediatricians to do research and also impart their expertise to peers in other disciplines of medicine. All juniors looked up to this erudite scholar with awe and he was always with a smile; which emphasised his kindness and empathy to the children at LRH and all his fellow beings.

When I worked in Kurunegala Hospital as a young medical officer in the seventies I had the pleasure and privilege to meet him, when he visited his coconut estate on many occasions. For me he was a role model for his simplicity and humility in spite of being such a highly accomplished and decorated Paediatrician, who had by then retired. We met for dinner parties hosted by Mr. and Mrs. Stanley Gunasekera of Kurunegala whenever he visited Kurunegala. Those were delightful memories of unforgettable camaraderie and he was always there with his lovely wife Irene and daughter Ilika, the late Bishop Lakshman Wickramasinghe, and late Mrs. Joan De Mel – wife of Bishop Lakdasa De Mel, the late Dr. Robert Sourjah and wife Inez, were regularly there and the fun and laughter we shared playing party games organised by the host.

I still remember vividly how we played the scissor game “I take it from you crossed and give it uncrossed” which baffled me for quite some time and Prof. C C patted me on my knee and showed me the trick. I must have been the youngest in that group. It showed to all there was no age barrier in human relationships.

If I go to write about his academic records and research in his career, it would take pages, but it is all there in black and white in many orations and publications delivered in his honour annually, at the College of Paediatrics inaugural ceremony of their anniversary scientific sessions each year. I do hope the memory of late Prof. C C de Silva will last forever, amongst the medical fraternity of Sri Lanka.