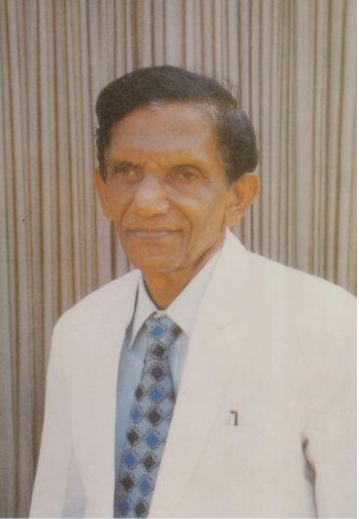 
Mr. David Jayasekera who died past the biblical span at 86 last week, seemed to have found the elixir of life early – he never seemed prone to aging, at least not in the duration of his school career, which was spent almost half of a century in fealty to one institution. David. S. Jayasekera seemed to be a fixed reference point in a transitory world lost in the momentous drumbeat of change.

He hailed from Dompe, a village that hugged Colombo almost at its border, but couldn’t have been more far removed from the big city’s ways. But, as a young schoolmaster, the young man from Dompe seemed to have blended almost seamlessly with the ways of a city College modelled after the British public school tradition.

Jayasekera ended a 48-year career as a teacher at S. Thomas’ College Mt. Lavinia about eleven years back when he went into a retirement. It was a furlough to which he never seemed to adjust after years of almost quotidian dedication to the culture of work.

With his passing, the College may have also marked the end of an era, if that obituary writers’ ritual bow to clichÃƒÂ© is permitted here. He was perhaps last in the long line of gentleman pedants in the starched white suits – the green- tussore, or the off white China silks. Before him D.N. Periera, Orville Abeynaike, C. H. Davidson, C (Pol) Weerasinghe, had all passed on. If there are a few others like him who are yet in the land of living, at least they are not those who used to wear the spotless cream or white jackets, with tie.

Sartorially very English, almost Etonian, the old headmaster in Mr Jayasekera may have hidden something of the rebel in him, for the simple reason that he taught Sinhala, and imparted bedrock Sinhalese and Buddhist values and traditions to students, even though in a school priding itself in its pursuit of Anglican missionary values. But if he was a rebel, he was hardly of the zealous mould.

He unearthed talent in his teaching years, with a doggedness that all his young charges – young men in a hurry — would have thought, bordered on the monotonous. But, through his patronage, especially, of the Sinhala debating society (Sahithaya sangmaya) and the drama society (Sinhala natya ha sangeetha sangamaya) he discovered such fecund potential talents such as those of Gamini Fonseka and Richard de Soysa. The latter, if you ask any Thomian, was his early creation.

That was clear from the day the young Richard – who looked every inch the young nubile lady in spite of his early youth – was carried on the shoulders of fellow de Saram house thespians, as the winner of the best actor award for his portrayal of the sanda kinduri in the presentation of sanda kinduru jathakaya.

The late D. S. Jayasekera’s enduring image, perhaps, would be of the schoolmaster (and later Headmaster) who taught several generations of Thomians, sometimes straddling three generations in the same family. At least two latter day Wardens of S. Thomas’ College addressed him as “Sir’ out of a healthy respect for the old timer who taught them before they went out into the world and returned to be at the helm of affairs of what’s known with a somewhat smug succinctness as “the College”……

Jayasekera married into a family of quietly upstanding Mirigama based Sinhalese – his late father-in-law being substantially involved in the post war Sinhala resurgence. His father-in-law’s comradeship with the giants of the time, the late D. B. Jayatillke, and D. S. Senanayake, perhaps warranted the brief presence of Senanayake the day Jayasekera married his wife of 55 years, Srimathie.

It seems in retrospect, he was the last of a class of the genteel and comfortably well off from Sinhala suburbia, who chose teaching as a profession, before that became a vocation of the few who aspired for higher achievement and lost their way in the melee.

Jayasekera moved with many Thomians who went onto be noteworthy achievers. Students recall that he was felicitated on his 80t birthday in Dompe by some student loyalists including then Minister G. L. Peiris and a former Deputy speaker Gamini Fonseka. He was remembered there as a traditionalist, who eschewed the almost vulgar deviation from the Sinhala mainstream discourse in the form of the then novel Hela Haula movement. He was in many ways therefore, a reference point — the anchor that imbibed qualities of consistency in young men constantly challenged in an era of bewildering and vulgar change.

Mr Jayasekera leaves behind his wife Srima, two sons and a daughter and six grandchildren, besides a host of old and young former Thomian charges to whom he was the nostalgically remembered patriarch.