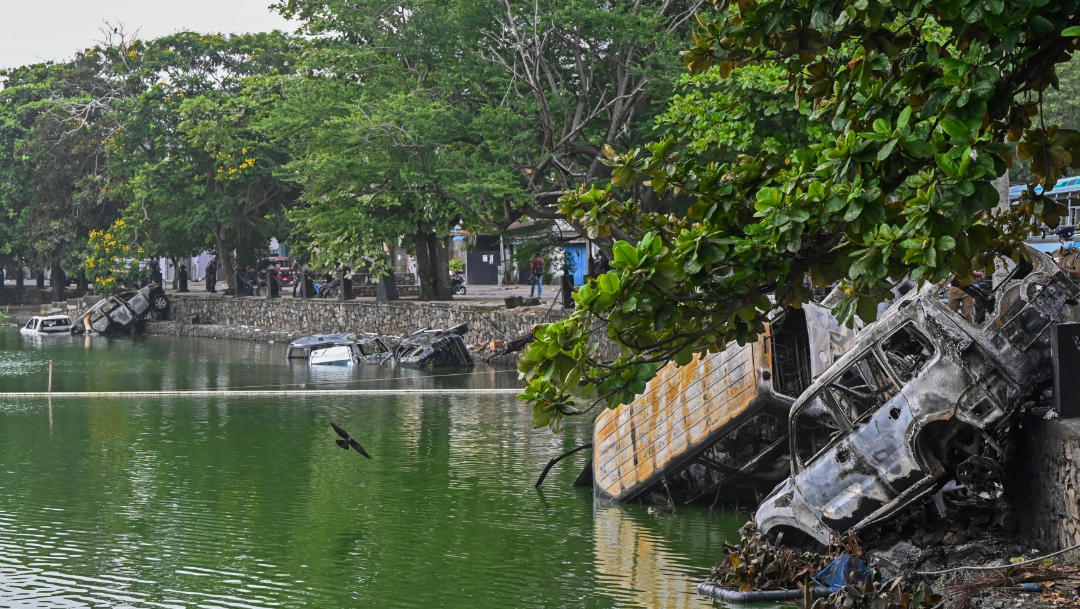 ECONOMYNEXT – Claims of Sri Lanka’s Rajapaksa family fleeing to India has been denied by the country’s High Commission (embassy) in Colombo the island was shaken by social unrest from money printed to target an output gap, despite operating a soft-pegged exchange rate regime.

Sri Lanka erupted in violence after a pro-Rajapaksa mob attacked peaceful protestors in the capital Colombo demanding that the family give up power, leading to a backlash around the country on members of the ruling party.

“The High Commission has recently noticed rumours circulating in sections of media and social media that certain political persons and their families have fled to India,” a statement said.

“These are fake and blatantly false reports, devoid of any truth or substance. The High Commission strongly denies them.”

There have been claims made on social media that members of the Rajapaksa family were airlifted out of the island, as houses of ruling party supporters and the family were torched and the Prime Minister’s residence in Colombo was besieged. (Colombo/May10/2022)