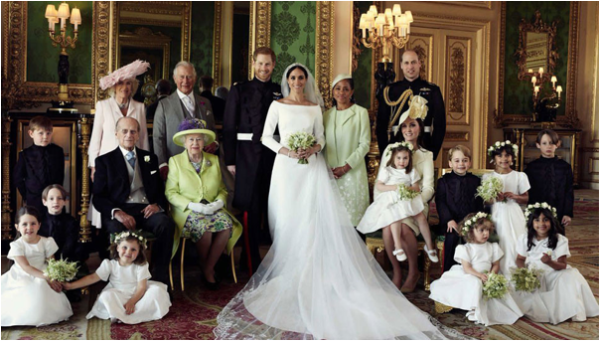 Princess Elizabeth Alexandra Mary was born on 21 April 1926. She married the Duke of Edinburgh on 20 November 1947 and had four children. The young couple were on tour in Kenya, when they had to return to England to attend King George VI, her father’s, funeral. He died in his sleep on 6 February 1952. Princess Elizabeth’s coronation took place on 2 June 1953 at Westminster Abbey in London and she was crowned the Queen of Great Britain, Northern Ireland, and Head of the Commonwealth.

Queen Elizabeth II goes down in British Royal history as the longest reigning monarch. She marks her 70 years on the throne on 6 February 2022. During her stint as the Queen of England, she toured thousands of miles in England and worldwide, shaking millions of hands. However, being the mother of Prince Andrew, the Queen is presently undergoing a difficult period due to the sexual abuse lawsuit against him in Manhattan, New York.

During her 70 years as Queen, she experienced many adversities within her Royal family circle. 1993, was her annus horribilis that turned her hair grey because of a series of Royal family scandals.

The young members of the royal family did not help the Queen much. Prince Charles and Lady Diana’s divorce took place in 1993 and so did Prince Andrew’s divorce from Sarah Ferguson. In addition, Sarah Ferguson’s intimate moments with her lover filled the British tabloids and international magazines, making things harder for the Queen. Meanwhile, Prince Edward, Earl of Wessex and Viscount Severn, her youngest son, wanting to be a thespian also worried her. Her late husband, Prince Philip, once hit international headlines when he asked a Canadian girl whether “she wore mink knickers?” Finally, her grandson Prince Harry married an American actress, Meghan Markle, and wanted to leave Royal duties. These incidents took their toll on her.

Perhaps the primary threat to the Royal family was Edward VIII’s abdication in 1936 to marry a twice-divorced American, Wallis Simpson, which took place in less than a year after Prince Edward VIII consented to the throne. Indeed, to this day, the Queen no longer confers the title ‘Duke of Windsor’ to any royal family member to avoid associations with the scandal.

The Queen looks forward to her Platinum Jubilee celebrations when she marks her seventy years on the throne on 6 February 2022. Still, her son Prince Andrew the Duke of York, aged sixty-one, may spoil her jubilee celebrations with his involvement in a sexual-abuse lawsuit in Manhattan. The case against Prince Andrew is about molesting an underaged girl, Virginia Roberts Giuffre. She accused Prince Andrew and his late financier Jeffrey Epstein (convicted sex offender) of raping her when she was seventeen years old. Virginia Roberts Giuffre, in her testimony, alleged that “Epstein abused her in his residence in New York and the Caribbean.” He killed himself at the age of sixty-six in a Manhattan jail in August 2019, after the Federal Government arrested him on sex-trafficking charges. Prince Andrew’s legal fate seems rather pathetic because Federal Judge Lewis A. Kaplan did not dismiss the case stating that “Ms Giuffre was a victim of involuntary sexual intercourse.”

Former Press Secretary to the Queen

A former press secretary to the Queen (1988 – 2000) states that if the case against Prince Andrew continues, it would be an irritation during the Queen’s Platinum Jubilee celebrations.  He further added that “Prince Andrew’s case confronted the Queen when stories about Prince Harry and his American-born wife, Meghan, erupted.”

Prince Andrew was stripped of his military titles and honours and lost the right to use his HRH title after the disastrous and catastrophic interview he gave the BBC in November 2019. During the BBC interview, he admitted his friendship with Jeffrey Epstein. Still, he denied the allegations of sexual misconduct and said he “had no memory of meeting Virginia Roberts Giuffre.” Many critics say it would be impossible for him to defend if he is found guilty of abusing an underage girl.

The accusations against Prince Andrew erupted in 2019 after the Federal Government arrested Jeffrey Epstein in the USA for charges against the financier for operating a scheme where he marketed young girls for sexual purposes. One such accuser was Virginia Roberts Giuffre, who claimed that Jeffry Epstein trafficked her to Prince Andrew, and the prince raped her when she was just seventeen years of age.

In August 2021, Virginia Roberts Giuffre, thirty-eight years of age, filed a lawsuit against Prince Andrew again in a federal court in Manhattan, repeating her previous accusations. It came to light that in 2009 financier Jeffrey Epstein paid Giuffre a sum of dollars $ 500,000 during the lawsuit in Florida without admitting liability to end the case when she accused him of sexually abusing her when she was an underage teenager.

Prince Andrew’s legal team argued in court that Giuffre’s settlement of $500,000 in 2009 by Jeffrey Epstein to Virginia Roberts Giuffre sheltered Prince Andrew from her lawsuit. But the magistrate overruled it. The payment of $500,000 by Epstein was exposed on 3 January 2022.

Virginia Roberts Giuffre filed a new lawsuit against Prince Andrew on 9 August 2021 on the grounds of intentional inflexion of emotional distress. She claimed that “she was forced into sex at the age of seventeen by the Duke of York.”

Judge Kaplan felt that Giuffre’s complaint was neither vague nor ambiguous. It alleged separate incidents of sexual abuse in the circumstances at three identifiable locations. Therefore, the Judge’s decision became yet another blow to the persecuted Prince Andrew, whose reputation within the royal family becomes painful with the association of Jeffrey Epstein, who is dead and gone.

Some may ask, what is wrong with being a divorcee? Both Charles and Camilla divorced their spouses and married each other, and that did not cost Charles the Throne? But the fact remains most of England loves the royal family, and any immodest incident can cause a lot of harm in their respect towards the much loved royal family.

Critics maintain if Prince Andrew’s scandal continues, the British monarchy’s future is unlikely to be threatened in any significant way as long as the Queen is the head of the monarchy. However, should Prince Charles become King of England, the picture may change.