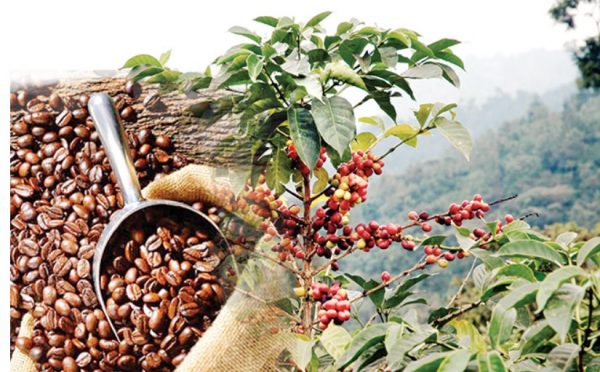 One of the top ten Arabica varieties of  coffee in the world, our own Lak Parakum is now being promoted by the Department of Export Agriculture in all Arabica coffee-growing districts in the island. Plants of this variety are distributed among growers through several coffee nurseries in the upcountry. The coffee rust which ended the  island’s coffee romance in British-occupied then  Ceylon is given hope for resurgence with the promotion of the new  variety.

History has it that coffee was introduced to Ceylon in 1503 by the Arab traders from Yemen. However, the planting of coffee as a commercial crop in the island commenced with the Dutch occupancy and continued under the British rule. Planter R.B Butler who had experience in coffee plantations in Jamaica came here in 1837 and introduced methods to yield a better coffee crop. By 1863, the value of coffee imported into Europe from all parts of the world amounted to £270 million, and we were exporting nearly a third of that. By 1870, Sri Lanka’s coffee production peaked with over 275,000 hectares being cultivated, according to the Sri Lanka Export Development Board (EDB) data. 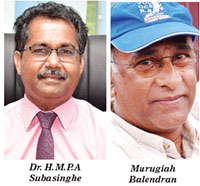 The colonial Ceylon was among the top coffee producing and exporting nations and a coffee-drinking culture complete with kopi kaday (coffee kiosks) and kopi kele (coffee forests) evolved. Christine Spittel-Wilson’s famous book The Bitter Berry revolves around the ethos of a Ceylonese coffee plantation.

Sadly, the coffee rust of 1870 (caused by the fungus Hemileia vastatrix) destroyed all plantations bringing the coffee romance of the country to an end. Although rust-tolerant varieties were later introduced, today coffee is an intercrop with tea and coconut. However, Lak Parakum promoted by the Department of Export Agriculture (DEA), encourages planters to expand their coffee acreage.

Sri Lanka’s coffee cultivation covers around 4,600 hectares and the two main commercially important species locally grown are Arabica coffee (Coffea Arabica) and Robusta Coffee (Coffea canephora). These two main species grown here include several varieties. “While Arabica coffee varieties are recommended for mid and up country areas with an altitude of over 400m (Nuwara Eliya, Kandy, Matale and Badulla), Robusta variety is recommended for mid and low country with an altitude of less than 800m( Kegalle, Kurunegala, Kandy and Matale). These

The global specialty coffee market as the EDB notes, is projected to reach over USD 80 billion by 2025 which offers enormous growth potential for coffee producers. In line with this increasing demand, Sri Lanka’s coffee exports have increased in recent years, growing 84 percent from 2017 to reach nearly USD 355,000 by 2019 according to EDB data. The coffee industry as the EDB notes, has attracted increased investment from the private sector and increased local demand and consumption of locally grown coffee in hotels, restaurants and cafes.

More than 80% the world demand is for Arabica coffee and the requirement is 8.8 million mt, says Dr. Subasinghe. Lak Parakum with its quality parameters stands among the best ten Arabica varieties in the world, he adds.

Even after releasing the new variety Lak Parakum, it did not become popular among farmers due to lower prices offered for coffee. But the Director (Research) of the DEA then, Dr. J.M.Seneviratne initiated collaborations with the authorities at the Nuwara Eliya District Secretariat to popularize the new variety among growers in the Nuwara Eliya District. He also worked with Mr. Kenneth McAlpine, a member of the Specialty Coffee Association (SCA) for the global coffee industry to find the quality parameters of Lak Parakum and found that overall score was 85.5 which is way above the cutoff point for the best coffees which is considered to be 75.” 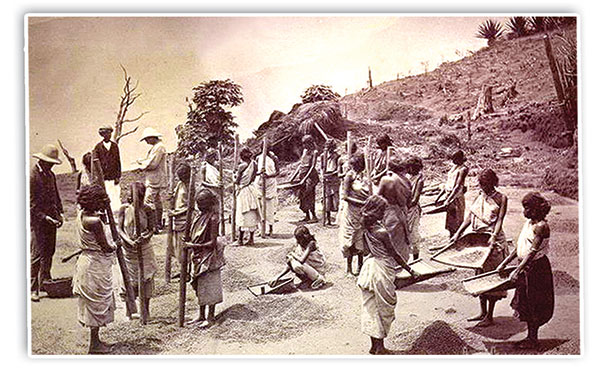 While Lak Parakum is promoted for higher elevations, IMY which is of Robusta variety is also promoted for lower elevations right now. While the domestic coffee consumption is 2,300 mt. our annual production was 2,345 mt. in 2020 according to DEA’s statistics. Our annual export volume was 26.6 mt in 2020. Australia, UAE, USA, Maldives, New Zealand, Chile, UK and Germany are the major buyers of Sri Lankan coffee. The annual coffee import volume was 104.9 mt in 2020.

Several new measures are now in place to tap a lucrative market for Sri Lankan coffee. Production of planting material with private sector nurseries, awareness programmes for harvesting and processing practices for high quality products, promotion for value addition, introduction of GAP (Good Agricultural Practices) Certification to get premium prices and increasing the coffee extent from 4,600 ha to 5,800 ha and the export volume from 30 mt. to 200 mt by 2025 are among these. Collaborations with the Australian government-funded Market Development Facility for the improvement of the coffee industry are also in place.

Although threats from rust diseases are still prevalent in coffee fields, they can be controlled with good management practices and available control measures, points out Dr. Subasinghe. “Apart from the rust disease, the major pest problem is the coffee berry borer damage. This too can be managed with good crop management practices. While Robusta varieties are highly tolerant for rust, Arabica is medium tolerant.”

Due to the low prices offered for coffee (Rs. 350 to 400 per kilo), many growers had neglected coffee in the last few years, however, currently a kilo of coffee could get Rs. 1,200. “We also offer coffee growers incentives including free planting material, technological assistance for planting, crop management, harvesting, fertilizer application, processing and management of pest and diseases. Subsidies for irrigation facilities and machinery used for post-harvest practices and support for GAP are also offered.” 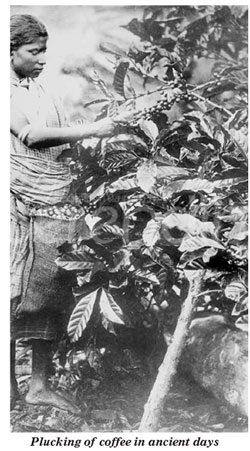 Managing Director of Kelaneiya & Braemar Estate Maskeliya, Murugiah Balendran, a leading grower of Lak Parakum first experimented with it in 2014. Director (Research) of the DEA then, Dr. J.M.Seneviratne who collected a gene pool from old plants from many areas including Walapane, Ramboda, Galaha and Nilambe offered me mother plants of Lak Parakum and encouraged me to experiment with them,” reflects Balendran who goes onto add that the ‘trial and error’ exercise eventually turned out to be successful. His own estate which was once an exclusive coffee plantation still has coffee trees more than 100 years old.

The senior planter who is now well versed in producing seed stock of Lak Parakum has released about 1,500 kg to nurseries since 2018. “Each kilo of seed could produce 2,000 to 3,000 plants, so a sizeable amount of plants have been generated todate.” Balendran has dedicated four hectares of land to coffee alone today and urge fellow coffee growers to move away from the ‘intercrop mindset’ and allocate more fertile land for the crop. “Many growers plant coffee in vacant land space where largely tea had been removed. However, unless the soil quality is improved, planting coffee in vacant tea and coconut estates won’t do.”

Balendran who also grows several other varieties of coffee including a few Indian ones remarks that there is a notable difference between those and Lak Parakum in terms of the yield, resistance to disease and the texture of beans. “However it will take us another four to five years to show the true potential of it.”

Lack of fertilizer has taken a notable toll on the crop, laments the planter. “At the time of blooming and berries start setting, we need to give some fertilizer. But unfortunately last year our crop was very poor and didn’t match our expectations. Even the seed delivery to DEA and other agents got curtailed to a large extent. Moreover, although I have been supplying coffee seed material from 2018, I have so far not received any significant assistance from any government agency,” remarks Balendran who moots an effective result-oriented incentive scheme for coffee growers.