Arisen Ahubudu - A Teacher Most Rare and Extraordinaire - by S.V.D. Kesarralal Gunasekera
Advertisement 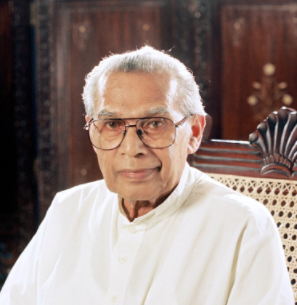 About the author ; S.V.D. Kesarralal Gunasekera rates as one of our most prolific contributors, when it come to penning heart-felt tributes to teachers of his era.

Having already featured one of his tributes on this website , we bring this appreciation as a prelude, to mark World Teachers Day in October. 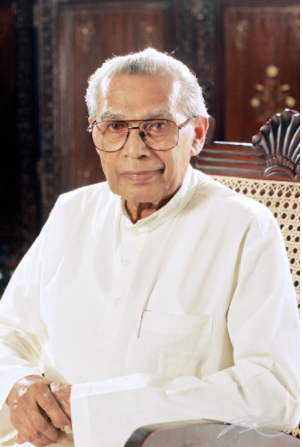 Today is World Teachers’ Day. I consider myself blessed on a day like this because I can name many a teacher who epitomized the noble profession of teaching, especially at a time when teachers have refused to mark Advanced Level papers and held students to ransom, it is with both sadness and pride that I write about Mr. Arisen Ahubudu; a teacher who is unique and deserve the highest honour on World Teachers’ Day. My pride stems from the fact that at St. Thomas’ College (STC) Mount Lavinia we were fortunate to have had him as a teacher. My sadness is caused by the fact that some teachers of today have failed to honour this profession like Mr. Ahubudu did.

Recently, I met Mr. Arisen Ahubudu at a function in Dehiwala, instantly I bowed down to worship him, someone who did not understand
that I actually worshiped him asked me why I went so low to greet him in the traditional Sri Lankan way ,I had to correct her and say that I really worshipped him because he was my teacher.  Very few people know that Mr. Ahubudu was a teacher at STC, you might even think to yourself that this Sinhala scholar may not have suited the College culture. Wrong! He was in fact a guiding factor in instilling the College traditions in us. In a teaching career which spanned over 40 odd years a good 27 years was spent at S.T.C.

Mr. Ahubudu taught from grade 7 to Ordinary Level classes,  to me he was like no other. His style of teaching was what we call ‘out of the box’ today, as soon as he enters the class room he draws  pictures across the black board, the pictures included figures of kings, stupas and different ancient scenarios. With these pictures, which he drew under two minutes, he was able to draw our attention to him. He was an excellent artist and his illustrations were lively and intriguing. Then he would relate the story pertaining to the drawing, most often the stories were about a king or something from our history. He told us about Kings such as  Dutugemunu and Dhatusena and their dedication to the country, religion and the people. His stories also included ancient cultivation practices, irrigation schemes and the commitment of the ancient leaders of our country. The stories which lasted for about six to seven minutes touched our minds and hearts creating a deep sense of affection and pride towards our language, culture and country. He did not ever have to shout at us to get our attention. His mild mannerisms and gentle way of addressing us together with his exemplary appearance made us want to listen to him. Imagine a classroom full of teenage boys taking an interest and listening to historical stories and encounters. Looking back, I feel that he was the one who sowed the very first seeds of patriotism in our minds. His vision on patriotism was all about being community minded. The heroes of his stories epitomized this vision. Our forefathers who were the main characters of the stories he narrated always placed country before self whether they went to war, made stupas, had trading with other countries or developed irrigation systems. He was able to strike that fine balance in his stories by highlighting the exemplary character traits of these heroes and heroines and not just giving a false sense of pride of being Sinhalese. Even when he told us stories about the fight against the British Empire, he instilled no anger or animosity in our minds, he knew his audience was hundred percent teenagers, boys of a very impressionable age, so he was careful not to allow us to misconceive the idea of nationalism. He ensured that we never became
‘lable patriots’; citizens who would call them patriots yet act contrary to the supreme notion of patriotism. He also introduced the
concept of farming for self sustenance to us, this was the time that Mrs. Sirimavo Bandaranaike’s government was promoting Sri Lanka
produce and Mr. Ahubudu’s contribution was immense in this regard.Once again he showed us our duty and responsibility towards the
country’s future.

I have been guided by many disciplinarians in my life, but none was gentler than Mr. Ahubudu. I still wonder how he commanded attention and respect, kept the students quiet and still stole our hearts and minds without ever having to be strict with us. He was a different type of character; non threatening and soft spoken but extremely effective as a teacher. I cannot recall a single day when he punished us. He addressed each of us as ‘oba’ (‘you’ in its mildest and most respectful form), there was no necessity to send anyone to the Warden or give any sort of punishment. The reason was not that we were great students but because he was a great teacher; great because in his presence all the students behaved well.

How can I ever forget the ‘sloka’ (Pali and Sanskrit stanzas) through which he imparted deep philosophy to us? I still recall those stanzas
from my memory effortlessly thanks to Mr. Ahubudu. These stanzas simply taught us the way to live in this world. He always gave us much more than the syllabus or the prescribed subject matter. Today, a teacher will not go beyond the subject matter for two reasons; one is because he or she would not know anything more than their own subject, the other is that they do not care that much about the students. Mr.Arisen Ahubudu went above and beyond his line of duty to give us more. Come to think of it, he never had a ‘line of duty’, whenever he taught something extra it was made so very interesting to us. We never made a mockery of his stories or thought it was a waste of time. From the moment we realized that this teacher was getting us on track to face life challenges, we followed him. This also taught us to train our minds to concentrate on one thing, a training which I find most useful especially now. It was his guidance which helps many of us today to move with people from all walks of life.

Punctuality they say is the politeness of princes. Mr. Ahubudu was a right royal prince for he was always punctual,  it was his way of
respecting others.  He was simple, friendly and affectionate, his priority was teaching and his personal life was secondary. Sadly, for
present day teachers that priority order has been reversed. Today the teachers work for a salary where as teachers like Mr. Arisen Ahubudu taught and were paid for their work. Undoubtedly, the teachers of today draw a very good salary, however, at the time Mr. Ahubudu taught salary anomalies or personal benefits never came into the school system. Perhaps they had certain disagreements with the education or school authorities, but we never witnessed such disputes, even if there were issues, I am sure the teachers would have brought them up at different fora but NEVER at the cost of children’s education. Like the health sector, education sector too was considered noble and those who were engaged in both these areas of work understood and respected it. What he wanted and what he dedicated his life for is to ensure that the younger generation became citizens of worth. He was thus connected to his students.  What we have seen in the recent past is that teachers’ unions have cut off that umbilical cord between teacher and student while the student is still a foetus, this has created a bad precedence and a bad example to students, the untold damage of this action is that it has destroyed the faith , children had in their teachers and has paved the way to the destruction of the education “service”; a word now alien to teachers.

Long years back a journalist asked Mr. Lalith Athulathmudali as he assumed duties as the Minister for Education”  when he has to take
decisions pertaining to education who should be the first priority”, Minister Athulathmudali responded “the students”, the same person
asked what the second priority should be, and in a flash came the answer ‘the students’, the person finally asked what the third priority is, to which Mr. Athulathmudali said “the students’, driving a very clear message home; that there is only one priority in quality education services. Mr. Arisen Ahubudu is also someone who understood that well and rendered his dedicated service to many generations of students. Sir, I thank you and salute you for the nobility you have shown us and the humility with which you have taught us and wish you
health and happiness on world teachers’ day; a day on which we celebrate and appreciate teachers most rare and extraordinaire.