AN INSPIRATIONAL MESSAGE FOR THE MONTH OF MARCH 2022
Advertisement 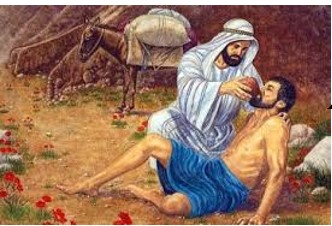 
AN INSPIRATIONAL MESSAGE FOR THE IN a modern recasting of the Good Samaritan story, a priest walking down the road to Jericho finds a man badly beaten by robbers.

The priest quickly administers the last rites and hurries back to his church to deliver a sermon.

Another pastor walks the Jericho road and is appalled to see the beaten man. So he returns to his church to formulate a course on How Christians Can Help Alleviate Poverty.

A revivalist sees the man being beaten on his TV and gathers thousands in the Jerusalem Bowl to sing songs about moral decay.

A political activist sees the man being beaten and organises a demonstration.

And while the priest, the pastor, the revivalist and the activist are busy, the man on the Jericho road dies.

The tale is an attack on the non-involvement towards people in need.

American pastor Edward F. Markquart, who used the modern version of the Samaritan tale in a sermon, said the Jericho road was always with us.

In the original Good Samaritan parable, told by Jesus, a Jewish traveller on the road is beaten, robbed, and left for dead. First a priest and then a Levite come by, but both avoid the man.

Finally, a Samaritan – one of those despised by the Jews – comes by and helps the man who many would have seen as his enemy.

Martin Luther King visited the road, known in Jesus’s time as the bloody pass, and described a winding, meandering road conducive to ambushing.

King said it was possible the priest and the Levite had thought the man lying by the road was pretending to be injured to lure them to a place where they could be robbed and beaten.

And so the first question that the priest and the Levite asked was, “If I stop to help this man, what will happen to me?” King said.

But then the Good Samaritan came by, and he reversed the question: “If I do not stop to help this man, what will happen to him?”

The Samaritan betrayed all stereotypes that many people at the time had about his race. His neighbour was not defined by locality – someone next door – but someone in need. 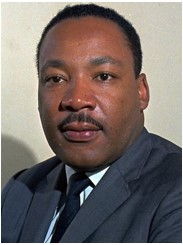 C.S. Lewis once said: “It is easier to be enthusiastic about humanity with a capital H than it is to love individual men and women, especially those who are uninteresting, exasperating, depraved, or otherwise unattractive. Loving everybody in general may be an excuse for loving nobody in particular.”

We live in a suffering world.

The Good Samaritan parable is about making excuses, about self-justification, about letting oneself off the hook.

A US professor at Harvard Divinity School once asked his students to use the Good Samaritan story to preach about love and compassion at all their classes.

He watched them rush between classes to carry out the assignment.

All the students had to walk through a courtyard at least once during the day to pass by an actor posing as an ill beggar who had been deliberately planted there by the professor.

Few of the would-be preachers stopped to help the man. Most walked right past the example at the heart of the Good Samaritan parable.

PETER de NIESE – THE BOOK OF LOVE BY PETER GABRIEL