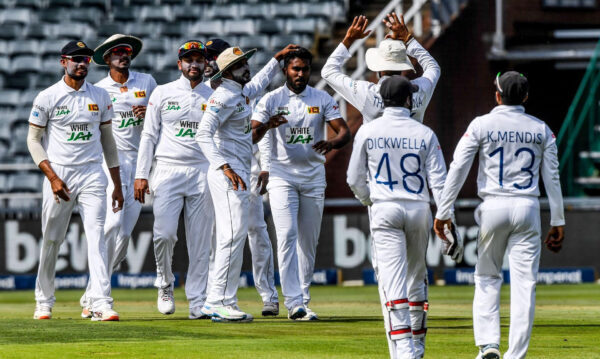 India’s batsmen revelled at Bengaluru but  Sri Lanka made it look like their turn to bat was at  another venue.

Sad but true, Sri Lanka are far away from being competitive against anyone close to the the  best.

Quite unlike in the past, Sri Lanka is in an uncertain transition trying to claw their way back to where their predecessors belonged.

The expectation from this cricket mad country is high among its millions of fans. But the trough they are in at the moment is far too deep at this stage for them to clamber out.

Skipper Dimuth Karunaratne was the lone sentinel with a century in the second Test while the others floundered around him in a now familiar lack of consistency.

Quite unlike Australia who are proving that accountability is part of being selected to pull on the baggy green, and it appears to be paying off in Pakistan, Sri Lanka’s attitude demands a coaching figurehead to lead them out of the wilderness.

If there was a motivating  factor for the Lankan batsmen to lift in the second Test, it was to honour retiring bowler Suranga Lakmal who has been a successful servant for the country for 13 years.

The bowlers did well to restrict the strong Indian batting line up to 252 in the first innings on a wicked that would have made a magician blush.

But their batsmen did not learn a thing from the Indians on how to counter the extremely challenging pitch, handing back the impetus to the dominant home team with a pathetic display with the bat.

There is a lot to be done to resurrect Sri Lanka cricket and it should start with a scout for an inspirational coach.

With a sorry history of how foreign and local coaches have been treated in the past, finding one will be an equally tough task.