A History Of The Beira Lake
Advertisement 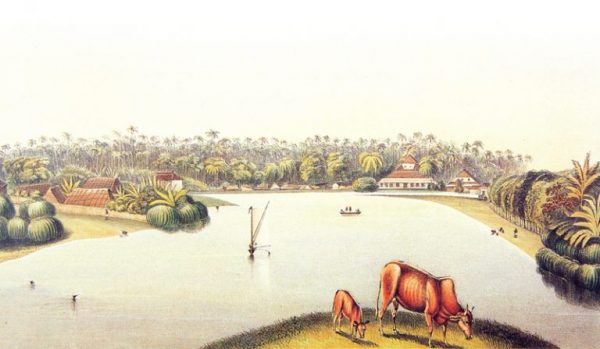 In the heart of Colombo exists a lake overflowing with history. Created by invaders from afar, it was once many times its present size, served as a defensive moat, enabled the transport of goods and became a boating centre, before taking on its contemporary urban appearance.

Travelling past, or preferably walking alongside Colombo’s Beira Lake, one cannot help but wonder how this body of water (actually in two parts connected by a canal, which spills into the sea at Galle Face), came to be in the city centre, and what historic scenes may have transpired there.

Regarding its establishment, Portuguese priest Father Fernão de Queyroz writes in Conquista Temporale Espiritual de Ceylão (1687), “When Vijayabahu [ruler of the nearby Kingdom of Kotte], laid siege to Colombo in 1522, the Portuguese captain pursued the attackers, killing and wounding them, till they reached a river [the Kolon Ganga, a tributary of the Kelani Ganga], which was afterwards dammed to form a lake to improve the fortification of the city”. The dam is long gone, but today’s Dam Street reveals where it previously stood.

The city was Kolontota (‘tota’ means port), initially an Arab trading post at the mouth of the Kolon Ganga, where in 1505 the Portuguese first landed on the Island. In the decades ahead, Kolontota – the name was altered to Colombo by the Portuguese – was developed in colonial fashion, including a stockade, giving the islanders a glimpse of the future.

Colombo was surrounded by the artificial lake, some 18 kilometres in length, which not only served as a defensive moat but, as it was connected to a network of canals, became an efficient means of transporting goods within the city and beyond.

In 1578, Mayadunne, the founder of the Kingdom of Sitawaka (the Island consisted of a handful of minor kingdoms at that time), assembled his army on the bank of the lake to cut off Portuguese food supplies and thus starve the invaders. To complete his plan, Mayadunne tried but failed to drain the lake.

Mayadunne was succeeded by his son, Rajasingha I, who continued his father’s belligerency towards the Portuguese. Indeed Colombo almost fell in 1587 after Rajasingha drained the crocodile-infested lake by cutting several canals, but the Portuguese had access to the sea, and were thus able to bring supplies from India.

However, in 1656 the Dutch laid siege to Colombo by land and sea, which included crossing the lake. After seven months the Portuguese surrendered. The Dutch did not repair the Portuguese fortification but instead built a stockade on higher ground, so the lake became bigger. The low-lying land outside was flooded and the water extended to the Portuguese Kayman’s Gate entrance to the town, now absorbed by today’s Pettah district.

In 1656 the Dutch laid siege to Colombo by land and sea, which included crossing the lake. After seven months the Portuguese surrendered

With the formation of the lake, islands were created. During the Portuguese era the captain general built a house on one. During the Dutch era another was large enough to contain a plantation of 600 coconut trees and a village, possibly where the neighbourhood of Polwatta (‘coconut garden’) is situated today, behind President’s House.

The largest was Slave Island, so-called because the slaves from Goa who worked in Dutch houses during the daytime were transported there for the night. Captain’s Garden, the elevated area where the oldest Hindu temple in Colombo, the Sri Kailasanathar Swamy Devasthanam, is located, was also an island. It had a rare well, from which water was distributed around the city by means of bullocks laden with two leather ‘puckauly bags’, which were made from an entire ox-hide, each holding 20 gallons (1 gallon = 3.8 litres).

The Beira Lake today against a modern skyline

The British attacked the Dutch fort at Colombo in 1795 using the same strategy that their enemy used with the Portuguese – crossing the lake. It was not a long battle. During the early years of the British era, after the removal of the crocodiles, the scenic lake became a recreational centre, especially for rowing and yachting, as John Deschamps explains in Scenery and Reminiscences of Ceylon (1845):

“The lake forms one of the greatest attractions of Colombo, and by its margin stand some of the most delightful residencies in the Island; whilst its waters afford the favourite and healthful recreation of boating to the officers of the garrison and other European inhabitants. An annual regatta has been established, and on these occasions the lake puts on a gay and animated appearance. Nearly all the crafts are dressed in bunting and at night illuminated using coloured lanterns.”

It was the venue for frequent parties, concerts, theatrical events and the odd important occasion. For instance, the news of the defeat of Napoleon at Waterloo by the Duke of Wellington in June 1815 prompted a grand ball held at the water’s edge.

The lake had a practical purpose too: it was used by those who lived in the “delightful residencies” along the bank to travel to work in Fort by skiff. It must have been an enchanting commute. In The Ceylon Government Railway (1910), Henry W Cave states:

“One is constantly coming across pretty nooks and corners, each fresh view presenting a wealth of foliage luxuriant beyond description. Palms in great variety intermingle with the gorgeous mass of scarlet flamboyant blossoms, the lovely lemon-yellow lettuce tree, the graceful bamboo, the crimson blossoms of the hibiscus . . . the whole forming to the rippling water a border of universal beauty and unfailing interest.”

Environmental history was made when a 3-hectare slice of Slave Island became the first British botanic garden in Ceylon. Called Kew Gardens, and sited on today’s Kew Road, it was opened in 1810 to cultivate seedlings provided by the Royal Botanic Gardens Kew in London.

By the mid-19th century environmental degradation has begun to take hold. The water’s edge and the lake became polluted with rubbish, and the stench was noxious. Henry Trimen, in researching his Handbook to the Flora of Ceylon (1893-1900), had found a variety of plants in the lake in 1879, but 12 years later all had disappeared.

From 1900 to 1920 there was a drastic reduction of the extensive waterscape due to reclamation work by the Lake Development Scheme, remembered in today’s Reclamation Road. So much was lost, including the area of Suduwella – meaning ‘white, sandy shore’ – near St Joseph’s College. In 1869, when Colombo’s boundary was defined, the lake covered 165 hectares, but today, due to the reclamation and other interventions, the figure is 65 hectares.

The derivation of the name is uncertain, yet it was as recent as 1927 that ‘Beira Lake’ first appeared on maps. Until then it was called ‘Colombo Lake’ or merely ‘the lake’. The common belief is that Beira is derived from De Beer, the Dutch engineer who constructed the moats, sluices and water defences of Colombo. The recovery of a granite plaque inscribed “De Beer 1700” in a sluice from the lake supports this belief. But others point out that ‘beira’ is a Portuguese word meaning, ‘bank or edge of a lake’.

Despite its reduction in size, the lake remains impressive. Every city needs a body of water, a natural and calm contrast to the bustling surroundings, and Beira Lake fulfils the requirements splendidly. 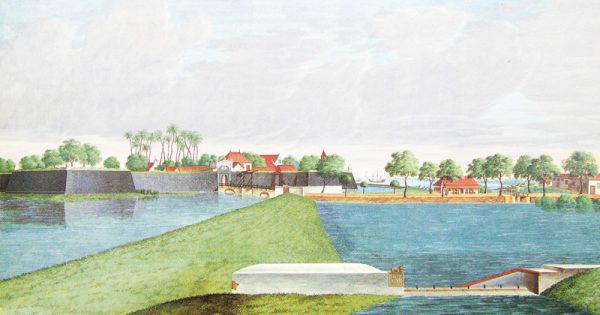 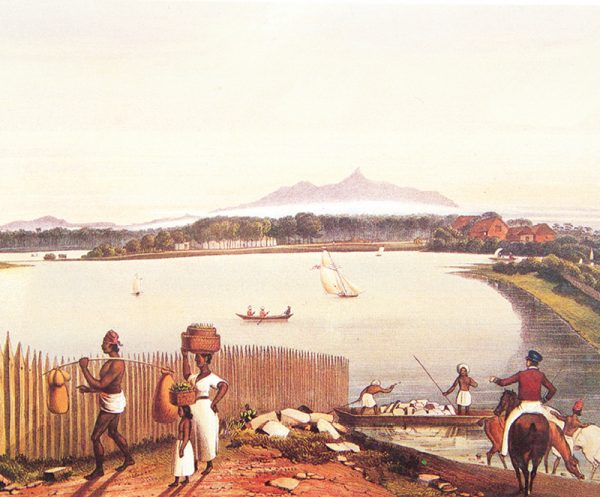 Trincomalee in Legend and History