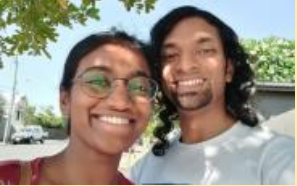 Slavery in Sri Lanka has a long and storied history that predated European colonialism. Records show that many communities in ancient Sri Lanka participated in the slave trade, including the Moors, Portuguese, Dutch, British, and the Sinhalese and Sri Lankan kingdoms. Sri Lanka’s slave population originated in the islands of the Indian ocean including Indonesia, Papua New Guinea, Philippines, and Burma, and individuals from the east and southern coast of the African continent.

Though no less cruel, unlike Chattel slavery in the United States, slave populations in ancient Sri Lanka occupied various forms of bondage, which often involved pathways to emancipation. Far from being ineffectual, the female slave populous formed integrated networks of cooperation, facilitating cultural and gastronomic exchange. Once emancipated, these individuals integrated into the surrounding populations.

Slaves in Sri Lanka were named according to various conventions, indicating a diversity of backgrounds. Existing records demonstrate a plethora of naming conventions which varied from mythological in the case of the individuals Aurora and Leander, to biblical names such as Christina. Some individuals were named according to months of significance, such as the individuals Meij (May) and Maart (March). Occasionally a person’s ethnic history can be gleaned from their names, such as Sinne Wapoe, Lizaar, Troena de Wangso, Simon Gomes and Geertruidja. Some individuals were identified by their port of shipment: such as Apollo van Makassar or Januarij van Malean.

These listed individuals were not nameless entities from the past but were living citizens of Sri Lanka-past who were ancestors to many of us alive today. We have deliberately listed these individuals and their names as a reminder of an integral, yet ignored part our past.

These individuals were definitely not a minority. According to Dutch records, in 1694, 53.3% of Colombo’s population consisted of enslaved individuals from the aforementioned regions. There was also a thriving community of locally born enslaved people who added to the languages, culture, genetics, and gastronomy of modern Sri Lanka. In addition to the inevitable history of shared ancestry, these records also attest that much of the wealth and prosperity of Sri Lanka was built on slave labour.

Whilst acknowledging the cruelty of slavery, it is also important to consider this phenomenon from the perspective of multiculturalism. Many formerly enslaved individuals integrated into society through marriage, eventually adding their cultural and genetic backgrounds into the melting pot of the general population. These communities and their influences remain etched in our faces and skin, ingrained into our food and music; our place names such Slave Island, and our ancestry.

On our travels we have met descendants of these individuals who proudly declared “As long as you see our features in the Sri Lankan population, you cannot deny that we exist here”. “Slavery in Dutch Colombo” by Kate Ekama was our primary source of research, and we recommend reading the study for further information on the history of slavery in Sri Lanka.

Randika Jayakody & Jerome Perera
Among Randika and Jerome’s many interests is a deep passion to understand Sri Lankan history and culture. This has been facilitated through exposure to multiculturalism through their travels and living experiences in multiple countries.

Sea of Poppies by Amitav Ghosh – by Nimandra Gunasekera